Simply put, the food injury lawyers at OFT are the most experienced Cyclospora lawyers in America. Let us help investigate the source of the contamination and fight for you in the legal claim against those responsible.

If you suffered a Cyclospora infection, get in touch with our lawyers for Cyclospora outbreaks right away. 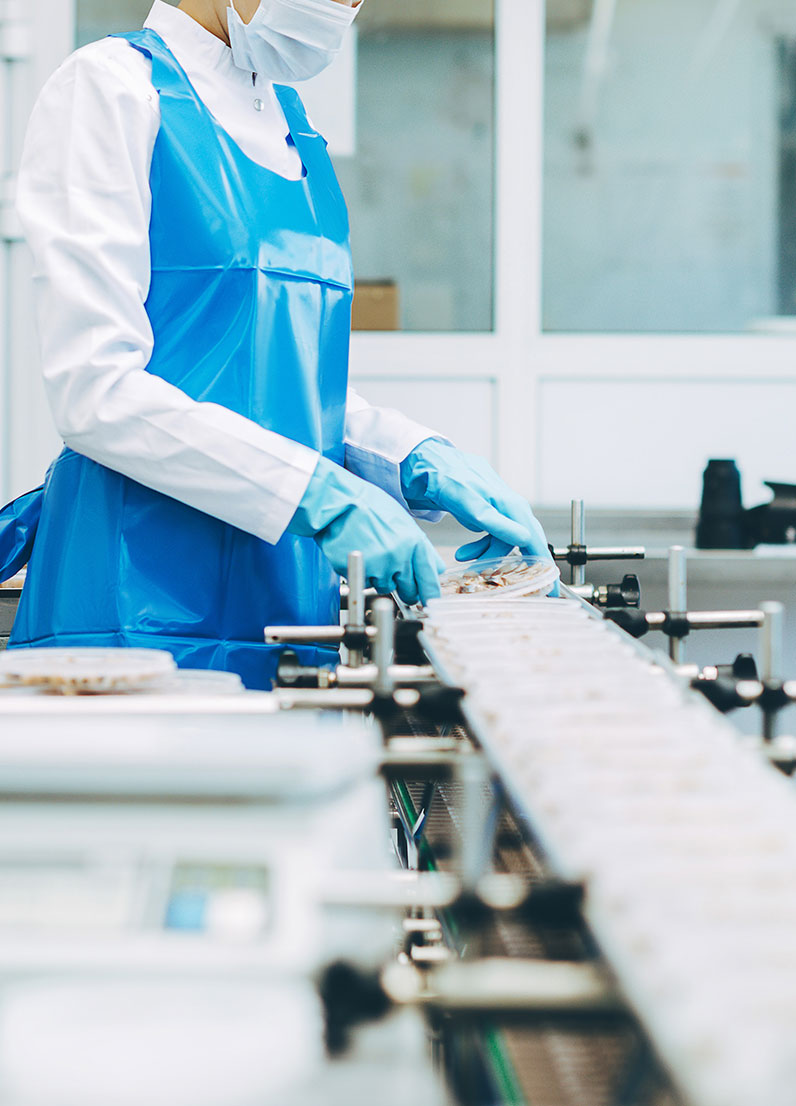 Cyclosporiasis is an intestinal illness caused by the microscopic parasite Cyclospora cayetanensis. People can become infected with Cyclospora by consuming food or water contaminated with the parasite.

Cyclospora causes significant and prolonged diarrhea. Unlike other pathogens, Cyclospora almost always requires specific antibiotics for you to recover. For individuals who become extremely ill, hospitalization may be necessary. Some people with weakened immune systems can suffer serious complications.

It can be challenging to connect cases of Cyclospora infections with the contaminated source. However, it can be done, and the U.S. Centers for Disease Control and Prevention (CDC) and the U.S. Food and Drug Administration (FDA) are developing new techniques to better link cases and sources of contamination.

We can represent you in pursuit of compensation for your:

An experienced food poisoning lawyer can file a product liability claim against the business responsible for the contaminated food. We may file suit based on negligence, strict liability, or breach of warranty depending on the specific facts of your case and the outbreak.

Who Is Liable for Cyclospora?

Liability for contaminated can rest with many different businesses, including the specific source of the contamination and any business that failed to properly clean and prepare the fresh produce. Washing fruits and vegetables and standard water sanitation methods do not kill Cyclospora, but they can reduce the risk of spreading the parasite.

Potential sources for Cyclospora infections include:

A Cyclospora infection, known as cyclosporiasis, is caused by a microscopic parasite, Cyclospora cayetanensis. The parasite, which is consumed through contaminated food or water, causes intestinal illness.

If you are infected by Cyclospora, you will experience persistent diarrhea, gas and bloating, loss of appetite, and symptoms. Your illness can last for weeks or months. Symptoms can clear up and reappear later.

The best thing to do as soon as you suspect infection is to see a physician to have the necessary stool samples tested. If you test positive for Cyclospora, you may require antibiotics. In severe cases, Cyclospora infections require hospitalization and medical care, including additional antibiotics and IV fluids. It also has been linked to some long-term and chronic health complications.

How Is Cyclospora Contracted?

Cyclospora spreads through people ingesting food or water that is contaminated with feces. People infected with Cyclospora shed un-sporulated Cyclospora cayetanensis oocysts in their stool. These take about one to two weeks to sporulate and become infective, according to the CDC. Because of this delay, Cyclospora is not passed from person to person.

Anyone can suffer from a Cyclospora infection, but those who travel to certain areas are most at risk. Cyclospora is endemic in many countries in tropical and subtropical regions.

Because it takes one to two weeks for a parasite to be infective, it usually takes about a week for a person to show signs of the infection.

Symptoms of cyclosporiasis include:

Symptoms can last anywhere from a few days to several months. In some cases, symptoms seem to improve and then return. Relapse is most common when the infection is left untreated. Anyone who has a weakened immune system or is in poor health can suffer more severe and prolonged illness.

If you or a loved one experience symptoms of an infection and have traveled lately or consumed fresh produce, it is important to talk with a physician as soon as possible.

How Is Cyclospora Diagnosed?

If your physician suspects a Cyclospora infection, they will have a stool sample tested by a lab. You may need to submit multiple stool samples from different days. Identifying the Cyclospora cayetanensis parasite also requires a special lab test and is not routine. Your healthcare provider must specifically request a test looking for Cyclospora.

How Is Cyclospora Treated?

If you test positive for Cyclospora, the recommended treatment, according to the CDC, is a combination of antibiotics, trimethoprim-sulfamethoxazole. These are known as Bactrim, Septra, or Cotrim.

If you are allergic to sulfa-based drugs, you will need to speak with your doctor about your options. No other antibiotics have been identified as highly effective yet. However, according to Mayo Clinic, your physician may prescribe ciprofloxacin or nitazoxanide, known as Alinia.

As of June 2019, there were 23 lab-confirmed cases of domestically acquired cyclosporiasis reported to the CDC by New York City and 10 states. These individuals became ill after May 1, 2019, and had not traveled internationally in the 14-day period before onset. At least two individuals were hospitalized, but no deaths were reported. The CDC’s investigation into potential sources is ongoing.

In 2018, there were several Cyclospora outbreaks linked to produce in the U.S. Between May and August 201; there were 2,299 lab-confirmed cases of cyclosporiasis reported to the CDC by 33 states. These were domestic cases, and those who became ill had no history of international travel in the 14 days before onset. At least 160 people were hospitalized, but no deaths were reported.

The largest outbreaks between May and August 2018 were linked to pre-packaged Del Monte vegetable trays containing broccoli, cauliflower, carrots, and dill dip sold at Kwik Trip convenience stores. Another outbreak was linked to the Fresh Express Salad Mix sold at McDonalds. Other cases were linked to basil and cilantro.

There were nearly 3,000 reported cases of domestically acquired and travel-associated cyclosporiasis in 2018, according to the FDA and CDC. Both agencies believe many Cyclospora cases go unreported.

You can become infected by Cyclospora at any time, especially in relation to travel, but the U.S. finds infections are more common from May through August.

The FDA and CDC have developed a new method of detecting Cyclospora in food. They are developing protocols to sequence the genome of Cyclospora so they can better link cases to each other and the source of contamination.

Must of the FDA and CDC’s efforts rely on cases of Cyclospora being detected, confirmed, and reported. If you believe the Cyclospora parasite infected you or a relative, you should see a physician as soon as possible. If confirmed, your case should be reported to the local or state health department and the CDC.

Speak to Our Cyclospora Lawyers Now

Don’t wait until it is too late to discuss your rights after a Cyclospora infection. You deserve to know the facts, who is responsible, and your options regarding compensation. With decades of experience in the food safety field and millions of dollars recovered, the OFT Food Safety & Injury Lawyers have the skill and resources to handle any Cyclospora case.

Call 888.828.7087 today or contact us online. We handle food injury cases across the nation, offer 100% free, initial consultations, and there are never any fees unless you recover compensation.